« Vanishing Perspective is a comic book in which the reader is light itself. » 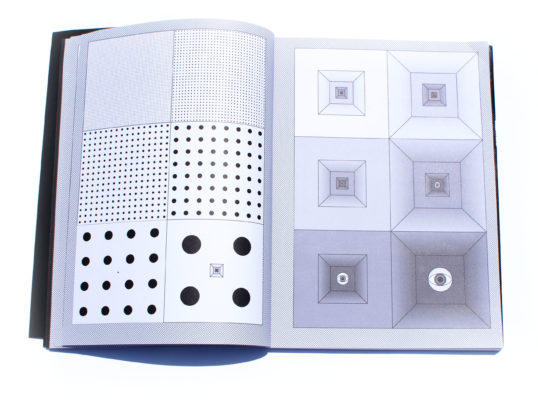 The Sol LeWitt of comics delivers sublime beauty of abstract art as never before in a graphic novel.

Nothing stretches or bends, there is no movement, no animation, no life in static images. But by looking at these pared-down and simple pictures in sequence, you catch glimpses that would indicate otherwise—and that indication is magical. Before your eyes, these abstract simple lines, geometric shapes, and grids come to life. Vanishing Perspective is a comic book in which the reader is light itself.

Alexis Beauclair lives in France. His acclaimed illustrations and comics have been featured in the New York Times, Pitchfork Review, and Real Life.

Where did this man come from? […] lines so delicate they’re like hairs that have dropped onto a scanner from above. Who knew making a series of pictures in navy triangles and circles could be so beautiful? — It’s Nice That

We often expect comics to tell us the stories of adventures. Alexis Beauclair does precisely this and nothing else, but his work extends, synthesizes, crystallizes, refines and intensifies this tradition. « Action » is the watchword of his narratives, which follow the path of looking and the stages of perception to reconstitute the movement of an intelligence. Alexis Beauclair’s comics tell us the story of the adventure of drawing. And (almost) nothing else. — Laurent Bruel, Editions Matière

The same drawing, but different.