the Dictionary of Color Combinations series, with classic Japanese color recipes for use in design, fashion, interiors, art, and more.

Second volume in the Dictionary of Color Combinations series, with classic Japanese color recipes for use in design, fashion, interiors, art, and more.

From 1933 to 1934 Sanzo Wada published a collection of color combinations that was the first of its kind in Japan. In 2010 this classic was reprinted as A Dictionary of Color Combinations, which was applauded as a source of inspiration filled with a captivating array of “hues we didn’t even know existed.”. Now, following on that enduring bestseller, A Dictionary of Color Combinations Volume 2 brings back two more works by Wada published in 1935–1936 and 1938, respectively. 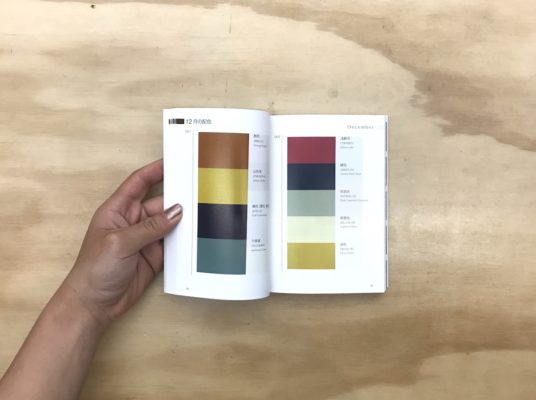 This second volume of Dictionary of Color Combinations presents 72 color patterns themed on the Japanese seasons and another 165 drawn from early to mid-twentieth-century fashion, interior, and graphic design, making it an indispensable reference for designers, fashion and interior specialists, illustrators, photographers, writers, and indeed anyone engaged in creative work.

72 combinations of three to seven colors themed on the twelve months of the Japanese year, valuable as an inspiration source for design, kimono and other apparel, and interiors.
165 color combinations from fashion, interior, and graphic design that capture the ambience of 1910s to 1930s Japan for illustrators and others seeking to re-create the authentic look and feel of the period. Color names in Japanese and English. 172 removable color chips

Sanzo Wada (1883–1967)’s interest in the importance of color prompted him to found the Japan Standard Color Association (present-day Japan Color Research Institute) in 1927. Active not only as a color researcher but also as an artist, fashion designer, and stage and film art director, he received the 1954 Academy Award for Best Costume Design for Gate of Hell and was recognized as a Person of Cultural Merit by the Japanese government in 1958

Rejected – Designs for the European Flag