Densely filled with reproductions of newspapers, magazines, mimeographs, news-sheets, pamphlets, and other ephemera

Densely filled with reproductions of newspapers, magazines, mimeographs, news-sheets, pamphlets, and other ephemera, this book investigates the Italian scene during the turbulent years between 1966 and 1977. These revolutionary printing activities were linked to the political, ideological, and countercultural struggle of a period of protest and occupation of public spaces as areas of freedom and social creativity for a disillusioned generation. A selection of over 600 publications are catalogued in this book, output from the subversive newsrooms of the radical artistic and libertarian movements, and “ultra-political” groups, autonomists, and other collectives seeking change. 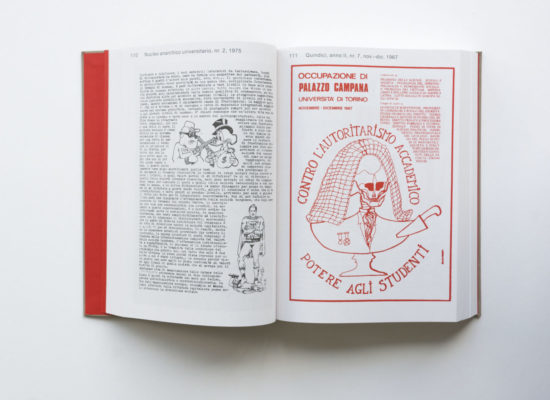 The book covers a wide range of feminist thinking and works, and the relationship to the visual arts.