When we talk about “Ba ling hou” (born after the 1980s) in China, we are actually talking about the first generation born under the one-child policy and raised during the reform and opening up led by Deng Xiaoping after the Cultural Revolution (1966-1976). 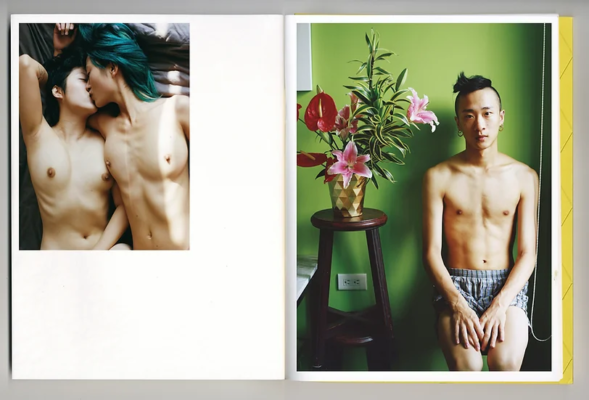 This generation grew up together with the Internet and social media, melting into a consumer society that is totally in rupture with the preceding generations. Luo Yang, a photographer born in 1984, is also one of them.

In 2007, at the age of 23, Luo started the series Girls, which brought her international recognition. For ten years, Luo Yang followed more than a hundred of women from her generation, recording changes to their bodies and their lives, observing and capturing their delicate transition to adulthood. It’s as if the photographer was capturing their (her) emotions as a young woman by holding a mirror up to her own growth and evolution alongside those of her models.

Now, Luo Yang is in her late 30s. In the new series Youth that she started in 2019, Luo shifts her focus to a younger generation born in the late 1990s and early 2000s. She continues to explore through Generation Z the changes of contemporary China now globalized and reached on a new scale and tries to preserve a photographic trace of these “atypical characters” in a social context.

From Girls to Youth, Luo Yang keeps “documenting” the post-teenagers and young adults that she met in her everyday life, using her works to tell the “story of youth” across generations. She depicts an emerging Chinese youth culture through her work that defies imposed expectations and stereotypes, showing evidence of her subjects’ individuality and personality. It is a personal account at femininity, gender, and identity that reflects the profound and ongoing changes taking place in our society.

Softcover with embossing and foil stamping

Text/ thanks to Victoria Jonathan and Bérénice Angremy