The book collects the spoils of her virtual trip: 360 postcards with streets, buildings, and monuments from all around the world. 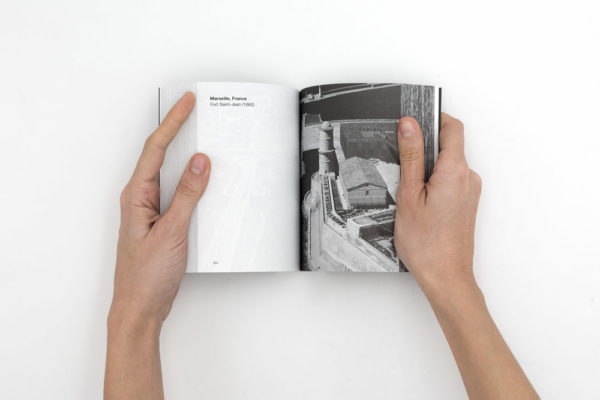 Planet Earth: 21st Century stems from visual material sourced from Apple Maps Flyover and from Google Earth Virtual Reality, Apps that allow you to fly over cities and buildings in 3D. Between 2015 and 2019 Daniela Comani flew through virtual city views and made her own pictures, then she turned those screenshoots in black and white postcards. The book collects the spoils of her virtual trip: 360 postcards with streets, buildings, and monuments from all around the world. Re-enacting geography in the era called Anthropocene, the focal point of the project Planet Earth: 21st Century is the interaction between human perception of the planet, urban landscapes, and technology of the 21st Century.

uses additionally a cut on some pages, modifying the shape of patterns and disturbing the first vision.