A paper model kit to cut out and build your own iconic Les Choux de Créteil by Gérard Grandval. The kit includes an informative note on the building. 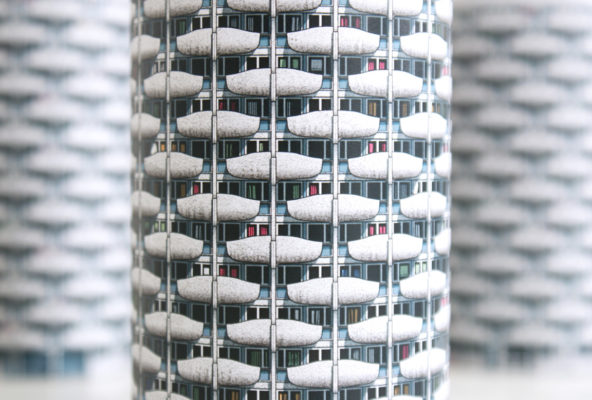 Paris Brut by Zupagrafika allows you to reconstruct some of the most controversial edifices erected in Paris between the 1950s and 1970s. The collection features brutalist buildings scattered around the arrondissements, as well as the infamous suburban banlieues, from the concrete slab of Cité des 4000 and the circular towers of Les Choux de Créteil, to the large-scale housing estate in Cité Curial, and the brutalist grand design – Centre National de la Danse.

The book collects the spoils of her virtual trip: 360 postcards with streets, buildings, and monuments from all around the world.