‘Oscurana’ presents a body of work that results from the various trips that Antoine d’Agata has made during more than thirty years in American countries: Brazil, Peru, Nicaragua, Salvador, Ecuador, Bolivia, Guatemala, Haiti, Puerto Rico, United States, Cuba, and Mexico. 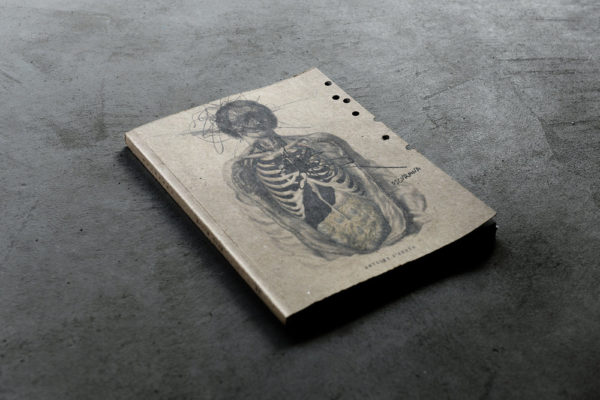 The images are notable for its immediate, almost brutal vision of the societies taken by the brutal spiral of violence. Through the degeneration and paroxysm of the flesh, the photographer tries to reveal fragments of a society that escape the usual analysis and visualization of the collective body. He exposes himself, sharpens his awareness of a world that absorbs and feeds, without any precaution or judgment.

Edited from a common selection of Antoine d’Agata’s images from Latin America, 7 different books share the same dimensions, title and artistic statement – a text called ‘Oscurana’. The project is done by different invited publishers, that were given the freedom to select the images, the design, the materials, printing and binding techniques.

‘Oscurana’ is a collaborative project developed amongst 6 publishers from different countries. Offering a reflection on the work of the Antoine d’Agata by several countries and publishers, in a dialogue that opens new perspectives in the ways of making photobooks.

For ‘Oscurana’ project, Void proposes a book to be autopsied. The reader will dig in the darkness within Antoine’s oeuvre, being themselves, the legists of d’Agata’s universe. An investigation from the intimacy, through the narcotic experiences until the darkness of the violence’s banality in America.