Dimitri Bruni (*1970) and Manuel Krebs (*1970) founded the Zurich based studio NORM in 1999. NORM’s programmatic approach – suggested by their name – informed their commissioned works for the cultural field and their self-initiated booklet NORM: Introduction (1999). In 2000, NORM released the early signature font, LL Simple, and another book in 2002, showcasing their highly conceptual approach to graphic design: NORM: The Things. In 2005, they started to work on LL Purple as well as on a corporate typeface for the watch makers Omega in collaboration with Aurèle Sack. In the same year, Ludovic Varone (*1977) joined NORM. Their second signature font, LL Replica, was published in 2008. While designing entire series of publications for artists such as Andro Wekua, Shirana Shahbazi and Peter Fischli & David Weiss, NORM also took over responsibility for the corporate identity of Swatch watches (2010–15) and for signage at the SANAA designed Musée du Louvre-Lens (2010–12). In 2011, they were awarded the Swiss Grand Prix for Design. 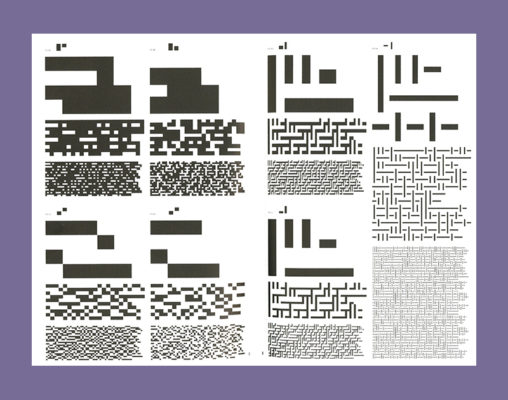 A Book on Books

31 compositions within the proportions of the human face

A Compilation Of Contemporary Letter Designs

Each of the letters in this compilation was hand-drawn.