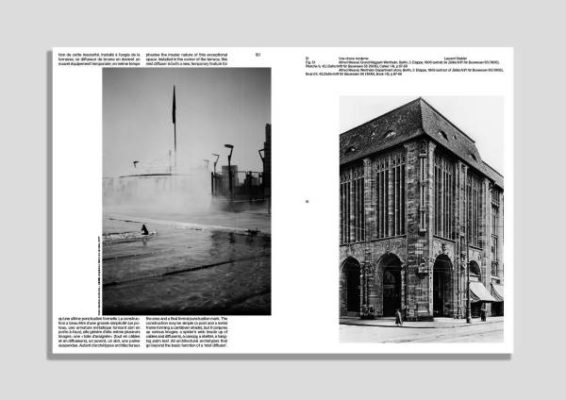 Stéphanie Bru and Alexandre Theriot founded the Bruther office in 2007 in Paris. Bruther’s projects bring design back to basics, exploring the fields of architecture, town planning, landscape, research and education. They apply a design of resistance, free from any mark of mannerism, style, fashion or excess.
Their projects suggest a delicate balance between strategy and form, rigor and freedom, particular and generic, immediacy and scalability. Combining program and future, their projects are synonymous with open infrastructures, capable of responding to a multitude of future potentialities and a vast malleability of uses.
Bruther is part of a new wave of practices, which contributes to a radical renewal of French architectural culture. Winner of many prizes and competitions, the Bruther studio was the subject of a monograph entitled Introduction in 2014, and many other international publications (2G, released in June 2017 and El Croquis, released in 2018) and international conferences.
Since 1998, Alexandre Theriot and Stéphanie Bru have developed a career in teaching, both theoretically and in architectural projects. They are regularly invited to speak in numerous international schools (EPF in Lausanne, UQAM in Montreal, Stuttgart, HSD in Düsseldorf, ENSAV in Paris, among others). In 2019, Alexandre Theriot was appointed professor of architecture and construction at the Polytechnic of Zurich (ETH).

Laurent Stalder has been an architect and professor of history and theory at ETH Zurich since 2006. He was a grant holder at the Swiss Institute for Egyptian Architectural and Archaeological Research in Cairo (1996), research assistant at ETH (1997-2002), assistant professor at the history department of Laval University in Quebec, Canada (2002-2005), visiting researcher at the Massachusetts Institute of Technology (2009) and visiting professor at the Tokyo Institute of Technology (2019).
His researches and publications are aimed on the history and the theory of architecture from the nineteenth to the twenty-first century where it faces history of technology.
His most recent publications include : “Hermann Muthesius. Das Landhaus als kulturgeschichtlicher Entwurf” (2008), “Valerio Olgiati” (2008), “Der Schwellenatlas” (2009), “God & Co. François Dallegret : Beyond bubble” (2011), “Atelier Bow Bow. A Primer” (2013), “Fritz Haller : Architekt und Forscher” (2015), “Architecture/Machine” (2017) and “Architectural Ethnography” (2018).
His essays have been published in AA Files, Arch +, Greyroom, Journal of Architecture, Werk Bauen & Wohnen and Zeitschrift für Kunstgeschichte, among others.