Robin Friend’s second book Apiary continues to explore the surreal and sinister haunting of the British landscape he first depicted in Bastard Countryside with an apocalyptic, nocturnal series flirting with notions of democracy and resistance. 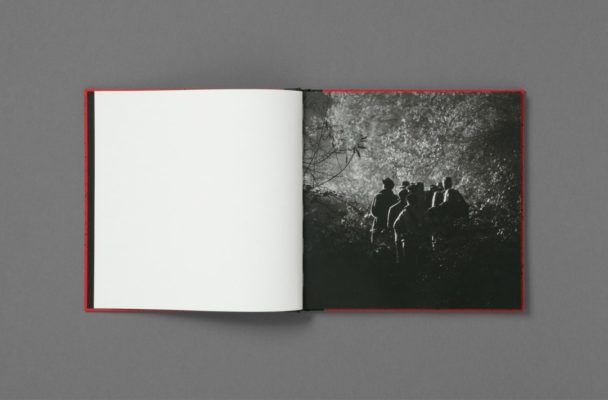 Apiary uses a cinematic lens to uncover the dark underbelly of Lewes, a town in South East England renowned for its wild, bacchanalian, festivities around Guy Fawkes’ Night, the uniquely British festivity celebrating the failure of an attempted act of extreme political terrorism. However, Friend’s images are a far cry from an exercise in folklore; tight cropping, intensified details and a push-and-pull between the crowd and individual recall images of riots and political insurrections.

Apiary is a shadow space, reflecting a contemporary moment where ideas of democracy, identity and cohesion feel stretched to breaking point. Friend uses the night as a metaphor to consider the rippling reflections of unrest, inequality and instability lapping the British Isles.

Robin Friend (b.1983) is a London-based photographer who grew up in Melbourne, Australia. He divides his time between his fine art practice and commissioned work. His first book, Bastard Countryside, was published by Loose Joints in 2018 to critical acclaim.

Recent projects include the award-winning books Sanctuary: Britain’s Artists and their Studios and Art Studio America (Thames & Hudson, 2011-13); a collaborative choreographic work for the BBC, Winged Bull in the Elephant Case (2017, with Wayne McGregor); and a National Gallery exhibition project, documenting the gallery’s wartime art storage in a Snowdonian mine (2018). Friend’s work has been exhibited at Aperture Gallery, New York; Christie’s, Paris and at the National Gallery, National Portrait Gallery, Somerset House & the Royal Academy of Arts in London