444 is the name of an ongoing project, which includes the Celestial Means of Locomotion, a collection of a selection of works 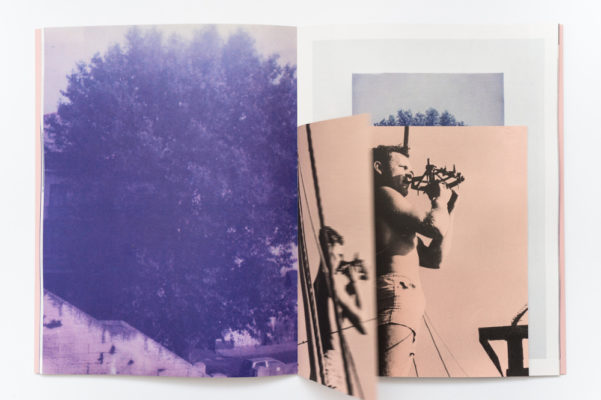 1 is the painting that was sold in life by Vincent Van Gogh.

5, 4 and then 3 was the price in francs for the daily room and board at the Hotel-Restaurant Carrel in Arles.

9 or 10 is the day of July 1888 in which Vincent wrote to Theo about the analogy between the points on the map and the stars.

12.5 is the number of francs paid for having the bedding, bloodstained linen & cushions laundered.

30 is the number of “anthropophages” signatories of the petition for his removal from the town.

35 years is the age he was when he saw the Mediterranean Sea for the first and last time.

50 is about the number of times Vincent went from Arles to the surroundings of the Abbey of Montmajour between the spring and summer seasons of 1888.

130 are the letters that were written to his brother Theo during his time in Arles, like the number of years that the Vincent’s Plane Trees on the Rhône should have.

300 and more is the number of works created in Arles among paintings, probably 187, drawings and watercolors.

444 are the days Vincent Van Gogh spent in Arles, from February 1888 to May 1889 before moving to Saint-Rémy-de-Provence.

444 is the name of an ongoing project, which includes the Celestial Means of Locomotion, a collection of a selection of works including paintings, photographs, and drawings.

The project is a reflection around the exceptional nature of 444 days, an interval of time in which Van Gogh transformed Arles and all of its surrounding territory, from Montmajour to Sainte-Marie-de-la-Mer, from Fontvieille to the countryside of Provence, in an open-air study. His research, driven by the desire for brighter colours and the dream of Japan and new business opportunities, lead him to a revolutionary vision of painting, in particular, landscapes that can be perceived as a measure of the feeling and mirror of the soul of the world.
444, through the rereading of the real and symbolic elements of the territory, it brings together the evocative dimension of the image with the introspective and visionary nature of Van Gogh’s letters. It expresses from a different point of view his extremely devoted research aimed at conceiving beauty as a synthesis of the spirit.

The project emerges from the encounter with the plane tree to the left of the Trinquetaille Bridge from Quai de la Roquette that Van Gogh painted when it was just planted at the beginning of October 1888.
The large tree on the Rhône, appointed with the role of living witness, is a sensitive point around which images take place and from which analogies and interpretations begin and return; the shimmering crown like a starry sky becomes the symbolic location of the confrontation between the earthly condition and the otherworldly sphere.
The title Celestial Means of Locomotion refers to the exact star map of the night between July 9 and 10 1888 when Vincent wrote to Theo about the analogy between the points on the map and the stars: just like how the means of transportation allow the living to go from city to city, so that mortal diseases are imagined as “moyens de locomotion céleste” to travel one day among the infinite stars.